This first story in this collection has a crisp, clean, traditional style.

It unnerved me first with this passage:

“She was about 5 when she first experienced it. Sleeping on the bottom bunk, her older sister snoring on top. A thin naked woman had settled on her chest, a coiled weight, loose skin slopping over her ribs into the floor. Wild confusion of hair trembling in the air like shock lines around a comic strip character’s head. A stunningly beautiful face. Mask of someone else’s mask. All that hair whipping and hissing with blind aggression.”

Yet it also contains haunted frames of contemporary malaise:

“All of her actions were familiar, like an old videotape recorded over long forgotten shows, fleeting images of the original programming peaking through.”

Although the style is orderly, the ambiguous ending and the desolately lonely madness of the atmosphere recalled Robert Aickman…

I have read Wallwork once before with the horror collection Gory Hole. While I enjoyed that one, I am honestly pretty blown away by Quintessence of Dust. The stories will be with me for a long time, to be sure. Some were romantic, some were weird and disturbing (often with body parts being utilized for several things beside their intended functions), and others made me laugh while stressing some important life lessons. This is no doubt one of the best collections I have had the pleasure of reading.

Night Holds a Scythe: An urgent and touching post apocalyptic story involving a father and his four year old daughter, with a unique catalyst for the end times. I thought that this was a great opener for the book.

Railway Architecture: A husband who puts his desire into someone other than his wife will soon have the scales tipped. The railway as a metaphor for our choices in life and where they take us applied so well to what was going on.

Skin: The origins and exploits of Freakshow performers Sam-Hung and Delabia. Their unique talents give them an interesting way of earning a living. The end of this one will be one I do not forget.

Morning Birdsong and the Hell Demons: A medical student falls in love while delivering a baby amidst a demon attack. The descriptions of the female character were so vivid and the author nails the full experience of love at first sight.

A Neck That is Not Thick: While this may sound like a small problem, the protagonist is so hung up and affected by his neck that he cannot take it and goes to drastic measures.

The Hole: A neighbor suspected of foul play in a small town is digginga hole. His intentions for doing so and what the hole actually leads to is pretty surprising.

Men of Blood: A tale of a man and his lifelong friend the minotaur. I was not sure where this was headed, but the ending did not seem to fit with the rest of the story, and it was my least favorite of the bunch for this reason.

180 Degrees Shy of Heaven: A man desires a hornier wife, as many men have at one time or another. This was a clever and entertaining twist on the “be careful what you wish for “ message.

Gutterball’s Labyrinth: An unattractive and rejected man learns of the beauty he holds within.

At times I feel that maybe I use the term “all time favorite” a bit too much, but right now, I don’t care. This book is one of them.​The writing was gorgeous and well done. Even within the most disturbing tales of the collection there was an intimate and touching quality that had me feeling for the characters. I am anxious to get to Craig Wallwork’s other books.

Our Love Will Go the Way of the Salmon by Cameron Pierce
My rating: 5 of 5 stars

What a great reading experience! Each of these stories are somehow tied to fish, but at the center are the undeniable experiences of the main characters. Balancing nostalgia, humor, and tragedy, each tale is unlike the one before. Devoid of a single unnecessary sentence, what often seems simple at first glance shows Pierce’s true mastery of subtext. This is simply great storytelling, some of the best I have ever read.

View all my reviews 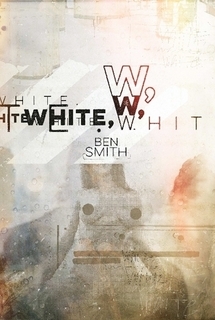 The second poetry collection from BJS has all of those qualities I know and love, but also treads some new territory. When comparing to Horror Sleaze Trash, the most likely distinction would be a bit less trash and a little more beauty in the words. A few of the poems were familiar, having been released in either Warm Cup of Assholes or Turd Eye, but there is more than enough new material here to make this a worthy read. Near the end of the book there are a few short story type pieces that show a side of the author I had not seen before. They were creepy, odd, and funny while keeping me guessing. I wanted more of these and hope to see Smith do more like them in the future. 4 out of 5 stars.

The Four Gentlemen of the Apocalypse by Douglas Hackle
My rating: 4 of 5 stars

We begin with Douglas Hackle’s Ballad of Terror Tiny Tim. This story was the least predictable of the bunch and that is saying something considering the company he is sharing the book with. The absurdity is off the scale, and I am at a loss for where to begin. So many random occurrences and one leads to another, and another, and… To a reader not open enough to receive it, this could be seen as a detriment. For me this only added to the experience.
Dustin Reade’s The Canal was the funniest of the four. A man with an interest in taxidermy makes a “suit made of cat”. He embodies the feline persona to a ridiculous degree, and the story really takes off from there. Besides the humor, there are themes of loneliness and isolation that all together made this one even stronger. The ending wrapped this one up perfectly for me.
Next, G. Arthur Brown’s I Took One Apple to the Grave is a strange tale that is both intriguing and very hard to describe. While grounded in a bit of folklore, there is nothing traditional about it. There is an attention to detail that shines through. Things tended to wrap around each other. I was pulled along, never quite being able to tell what was coming next. In all, the results were pretty unique and the more I let this one sink in, the more I enjoyed it.
Last, my favorite of the book was S.T. Cartledge’s Wizard and Robot in the Land of Sand and Bones. Both magical and majestic, there is a specific way that this is written, and I was instantly pulled in. The world building and the degree to which Cartledge can write from the point of view of such unique, non-human characters is mindblowing. You become the girl robot. You are the wizard made of glass. You experience everything just as they do.
Considering all of the authors involved and the anticipation I had for this book, I took my time with it, and am happy I did. The stories fit well together and amount to a solid first release from Strange Edge Publications.

View all my reviews“>

NOTE TO AUTHORS AND PUBLISHERS: Please do not solicit or campaign for votes.

Boot Boys of the Wolf Reich by David Agranoff

The Fairy Princess of Trains by Christopher Boyle

Day of the Milkman by S.T. Cartledge

Leprechaun in the Hood: The Musical: A Novel by Adam Cesare, Shane McKenzie, and Cameron Pierce

The Bikings by P.A. Douglas

Captain K and the Bearded Man Boy by P.A. Douglas

I, Slutbot by Mykle Hansen

Journey to Abortosphere by Kirk Jones

Long Lost Dog of It by Michael Kazepis

The Human Santapede by Adam Millard

Hearers of the Constant Hum by William Pauley III

The Fun We’ve Had by Michael J Seidlinger

Mother of a Machine Gun by Michael J Seidlinger

The Fly Queen by Wol-vriey

A Lightbulb’s Lament by Grant Wamack

The Farrowing by Jesse Wheeler

Misery and Death and Everything Depressing by C.V. Hunt

Flamingos in the Ashtray by Zoltan Komor

Our Blood in its Blind Circuit by J. David Osborne

Demons in the TV by Christoph Paul

Murder Stories for Your Brain Piece by Kevin Strange

The Filing Cabinet of Doom by Madeleine Swann